A puzzle platformer where you have to use skill and cunning to make your way to the exit by collecting all the items. 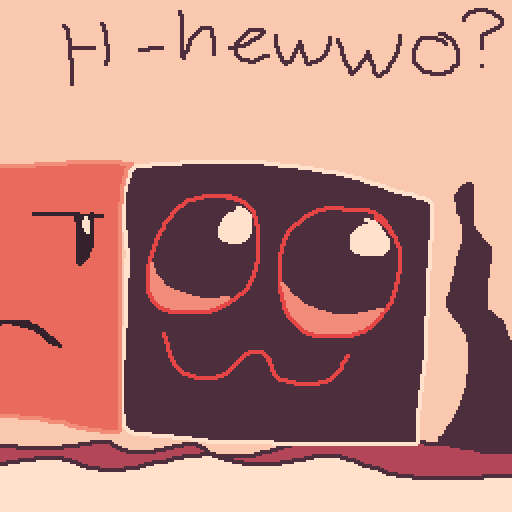 Fun and innovative, though quite difficult at times.

Hey, Space is Limited made it on my GMTK Game Jam Best Of video:

Keep up the great work!

Okay this game, I got so annoyed but I had so much fun! This game really had me pressing the restart over and over again. I really liked the puzzles in the game and it got progressively more difficult as well. The music and art style was really fun, even the smirking block bastards that had me starting over hahah. Overall a very fun and challenging game, keep up the good work :D

I don't know if you've heard of Game Development World Championship before (gdwc2019) but it's a competition for indie game developers where they can submit their games and it's free! It's great if you want some more visibility for the game and it only takes a couple of minutes to join :)

oh wow that sounds like an awesome thing. I'll have to check it out.

glad you were able to have fun even with the frustrations

Reply
The GDWC1 year ago

This reminds me a bit of S.

And when I say amazing work, I mean to say I gave you 5 stars.

One of my favourite games of this jam. Amazing work. Definitely playing this some more

Played through the whole thing, and I have to say props for the interesting idea. The block line you create really forces you to think about what moves you make. However, I do have a few criticisms:

First of all, I feel that the game would be improved a lot if it was shown when you start the level where the goal will be when you collect all of the orbs. There were many times where I collected all the orbs my first time through the level, but I cut off the goal from me without knowing. This meant that it was essentially impossible to complete on the first go, which I found somewhat frustrating.

Next, as others have mentioned, I think this game is much more fitted for a grid based layout. There were multiple times where I got stuck by only a small amount of space, which was also frustrating. If the game is grid based, you know where the blocks will show up behind you, so it's much easier to plan out what you want to do.

I also felt that the levels were a bit too long. This made backtracking to the point I died or got stuck at quite tedious, especially with how easy it is to trap yourself accidentally.

Overall, I think that there are a few little things that make the game unnecessarily frustrating, and is held back by them as a result. Although, I do understand that you only had, what? two days to complete the game. The main mechanic is a great idea, and given a bit of polish, I think this could be really solid game!

Very fun game! I love these kind of puzzle platformers. Some of the levels have a single solution (as far as I could tell anyway) and some have quite a few as long as you are careful about it. I like that.

A couple of small complaints though.

First, you are not aligned to a grid, which means you can leave a block that covers a little bit of a gap so you cant escape. Not a bad thing, just i found myself resetting quite a bit because of a small overlap I didn't mean to make.

You can kill the bugs with the bomb, and sometimes they are needed to complete the puzzle.

Overall, I really liked it! If you continue to work on this game, I would like to play more levels!

it doesn't fit with the theme. the levels are to easy, and the screen is to big.

here are the ways I implemented "Only One". This was my interpretation of course. I'd love to hear your feedback why you thought it didn't fit.


Hmm maybe it was a resolution thing. My monitor is 1080p and it fit the screen I apologize that it didn't work with your setup. That's one of the unfortunate things about a gamejam , not enough testing to check different resolutions and such.

sorry if my review seemed rude i was doing a lot of them very fast. i don't think it used the "JUST ONE" in a very interesting way and not in many important ways. and by it's to easy i mean it doesn't get hard fast enough, i'm sure eventually it gets harder.  and i don't know why the screen is so big.

thanks for the further explanation on your feedback. because feedback is one of the most valuable things you can get from gamejams and with feedback you can improve.

I finished it that was intersting <3 It's really cute.

One big flaw I find is that it's not grid based, which means you can get blocks that are only on half of another block and it's more frustrating than interesting in my opinion.

Another thing is that I don't really like the character falling at the start of each level, and it even forces a reset on some level even if you instantly understand what to do because you have to prepare your fall at the start of the level (thinking of level 12 where as far as I can tell the best solution involve picking the orb on the left while falling then returning to the right before the path is blocked).

Maybe you should also clarify that bombs can also be used to kill ennemies, some level are probably impossible if you don't realize it (and I realized it only through sheer luck).

really good feedback. I made a lot of assumptions and yeah some of those didn't translate well. Thank you for playing and I am happy someone actually beat it even though it was frustrating.

some of the level design was done when I was functioning on low sleep haha so I wasn't sure how well it was going to turn out.

Had to zoom out on a 4k? regardless. Cool mechanic and I'm gonna come back to play this more later!

Cool! For some reason, the full-screen didn't work for me on Firefox.

I really liked the first ten levels or so, I think the timing of when the stop-blocks spawn is a bit confusing. If it was a bit more forgiving I would have enjoyed the experience more, or perhaps an option to move slowly?

Edit: I didn't play any past the first 10 levels or so,

Fuck this game
I love it
But god damn
Edit: It's challenging in the way it makes you have to supress years of platforming instincts